A preventable tragedy, act now to improve the system! 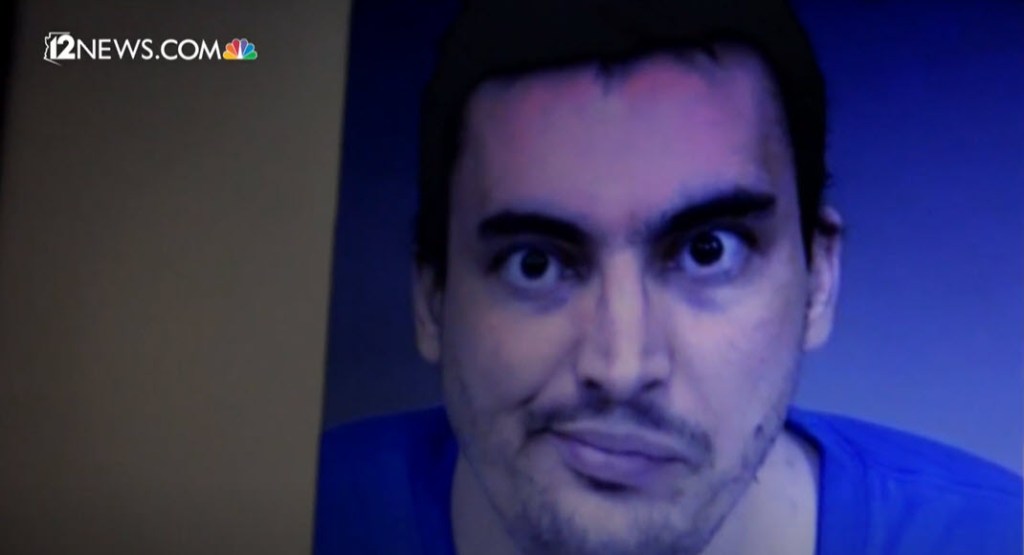 The recent murder of one mentally ill patient by another mentally patient in a Gilbert, Arizona Behavioral Health Residential Facility brings into sharp focus the importance of careful placement and diligent supervision of individuals living with chronic mental illness. Of course, the complete facts surrounding the tragic death of 49-year-old Steven Howells, apparently at the hands of Christopher Lambeth, are not yet known. What is known is that Lambeth “stepped down” to a facility with only hours of staffing daily, and the alleged murder occurred when no staff was present.

A critical unknown known fact is whether Lambeth was medication and treatment adherent. Also, whether his behaviors began deteriorating in the prior days or weeks without an intervention by his treatment team or whether this deterioration (if any happened) was even noticed by staff during the mere 8-hours daily they were present in the home (assuming staff was, indeed, present). The critical known fact is that Arizona’s Psychiatric Security Board did not hear from a psychiatrist or psychologist and acted without a Risk Assessment, a formal report on the risk of violence by someone in a new environment, for example, a residence with minimal staffing.

Thankfully, Senator Nancy Barto is trying to make the community safer for all patients with her PSRB reform bill.

The profound tragedy of the Tilda Manor murder is that it is two-fold:

SB1030 — The PSRB Bill. With agreed-upon floor amendments, this bill will not have a budget impact. It reforms the Psychiatric Security Review Board and will have a significant impact on Public Safety. You can read more about this important work in a recent Op-Ed published in the Arizona Capitol Times.

Please take a moment to email or call your State Representatives and senators and ask them to support this bill! Every email or phone call matters and makes a huge difference!! Thank You!

Here is a link to find your AZ Representative’s and Senator’s email. You can also quickly email all House and Senate members through this site:

The Arizona Peoples Lobbyist – Your Voice – Your Choice (azpeopleslobbyist.com)

Tragedy strengthens effort to eliminate board 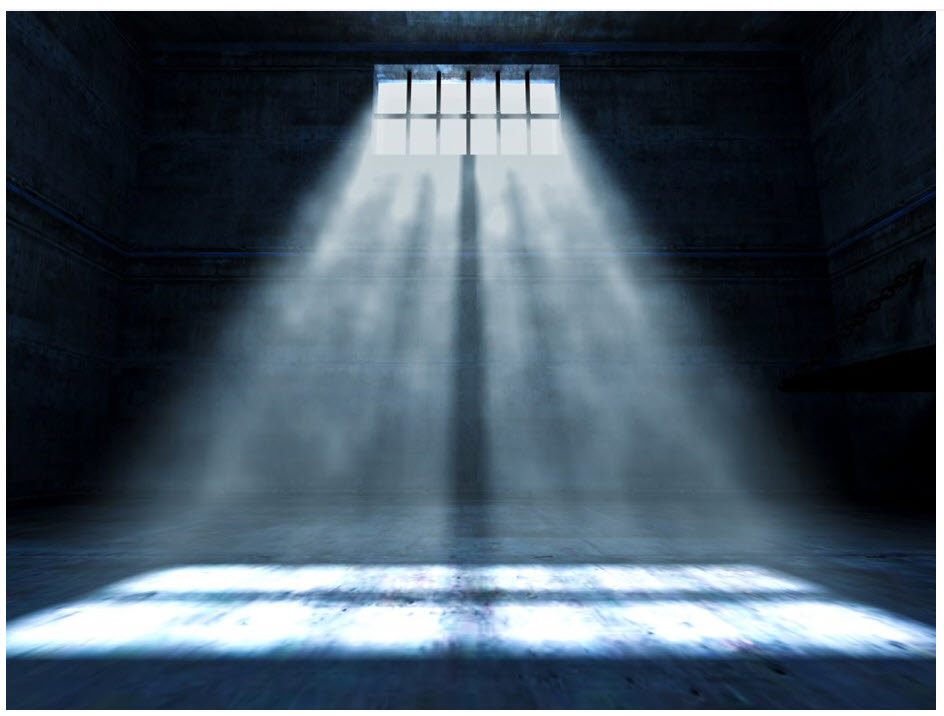 Sen. Nancy Barto is spearheading an effort to abolish the state board that decides whether those who commit serious crimes but were found guilty except insane are fit to return to the community.

The effort gained urgency after a man allegedly beat another resident of his Gilbert group home to death last month – 15 years after he killed his own grandparents and less than a year after the Arizona Psychiatric Security Review Board decided after a brief hearing that he needed less supervision.

Barto, R-Phoenix, said the two bills – which are waiting for a floor vote in the House – are being rolled into one. SB1030 will have the reforms outlined in SB1029 while still dissolving the board in a couple years.

Barto said she’d been hearing concerns about the board for years. When she attended a board meeting to see for herself how it operated, she described it as “haphazard” and unusual.

“It’s hard to overestimate how lack of rules, really has potentially and actually harmed the public in this instance; we need to rectify it,” she said.

Christopher Lambeth, 37, last appeared in front of the board in August 2020. Previously committed to the Arizona State Hospital after being found guilty except insane in his grandparents’ murder, Lambeth had been living in a transitional facility in Tucson. At the August hearing, which lasted 20 minutes, his request to move to the Phoenix area was unanimously approved and he was placed in a home with only eight hours of supervision a day. 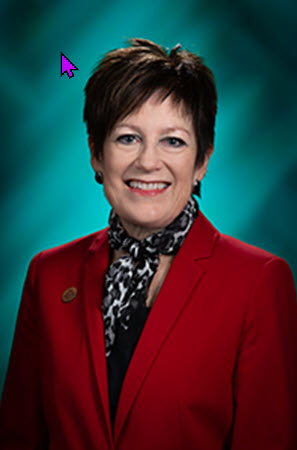 Advocates say the subsequent tragedy was preventable, but predictable, and that it speaks to a litany of problems with the board and how it’s run. They say the board handles cases inconsistently, provides inadequate time for clients and attorneys to prepare for hearings and has insufficient written guidelines and procedures.

Holly Gieszl, a founding member of the Association for the Chronically Mentally Ill, said Lambeth’s case was a prime example of the board’s dysfunction. Gieszl often attends board meetings to represent her own clients, and she remembers Lambeth’s August hearing setting off alarm bells at the time.

“Chris comes in, they don’t have a risk assessment; they don’t hear from a physician or psychologist, and they let him go to an eight-hour house,” Gieszl said. “Seven months later, he murdered someone.”

Board members are appointed by the governor. The board is headed by a retired psychiatrist and has a psychiatrist, psychologist, parole officer and a public member. The board is responsible for deciding whether those who committed serious crimes but were found guilty except insane are fit to be discharged from the state hospital. It is also tasked with monitoring the progress of those on conditional release from the hospital. The board deals with roughly 100 cases a year.

Some of the issues flagged by Gieszl and others were also noted in a 2018 auditor general report. The report stated that the board needed to develop rules and policies to guide its work, issue orders and notices as statutorily required and make sure it was getting consistent information on the patients’ mental health before making decisions.

It also stated that some mental health reports were much more detailed than others, with some offering only “general conclusion statements with little or no support.”

“The lack of sufficient information jeopardizes the Board’s ability to make timely and consistent decisions regarding GEI (guilty except insane) persons,” the report stated.

While board chairman Dr. James Clark has said that the board completed the recommendations outlined by the audit, advocates disagree and also want more changes.

“What the PSRB has not changed at all is the way that it has gone about assessing risk before it releases somebody,” Gieszl said, adding that her organization is backing the legislation to address those inadequacies.

Among the changes proposed in the legislation are placing a retired judge as the chair of the board, giving a 45-day notice to patients before hearings and having the board explain its decisions on each patient. After the board sunsets in 2023, the cases would be transferred to the Superior Court where the person was sentenced as guilty except insane.

Barto said that in stakeholder meetings, board members were resistant to any sort of change.

“I think they just really think that the status quo is working,” Barto said. “When you look at what just happened, unfortunately, we’ve known this is coming, something like the tragedy that happened with Mr. Lambeth and who he killed. It’s unfortunate that we have such a prime example of the board’s inability to make a better determination of this man’s future.”

Clark declined an interview, instead referring to his presentations to the Senate Judiciary Committee and House Criminal Justice Reform Committee. He declined to comment on whether the board handled Lambeth’s case appropriately.

“(D)oing away with the PSRB and having Superior Courts assume jurisdiction and monitoring/oversight/supervision of individuals adjudicated Guilty Except Insane, as SB1030 proposes, would be a major policy change, a step backwards and would add an extra burden on the Superior Courts that is unnecessary,” Clark said in his written statement.